I am currently in Redding, California having just arrived with my two best friends, it’s almost midnight. Not sure if I should rush the keys to get this started? This is Chapter One by the way.

Well it is now after 8am and I decided to sleep, once in a while it is necessary to replenish the body and soul. My best friends Andrea and Julie did deserve to sleep I felt too after the long drive in from Sacramento, they were very tired even though I did the driving. My friends had asked if they were going to be immortalized in my book, well there it is my loves. Why in God’s name am I in Redding, California? Commitments. This is my first time here, however when I told my Mother where I was headed she assured me we had driven through previously. The truth is I have driven through a whole lot of places and most I could not tell you where.

Now back to chapter one. I have given this a lot of thought as to where to start with writing a book. Do I start with my childhood? The present? The in-between? I decided to surprise myself and just let it flow.

So a bit about me. I am a very busy lady. I have a career that I love, children still in the home, several out of the home and even 4 grandson’s; one who is actually 7 today, January 6, 2018.  His name is Vincent, named after my oldest and only brother who is four years my senior. I call the grandson Vinnie and last night we were celebrating at the local ice-cream shop until after 8pm- the reasons why we were driving in the wee hours of the night, well wee to me because I like to sleep.  Now I also have several animals, two dogs (one is my 19-year-old daughter Cassidy’s but you know how that works), one cat and 15 chickens. Furthermore I do a lot of extracurricular activities- I am of service. Service to a fellowship that has saved my life, a twelve-step fellowship and that’s all we will call that. This means that I do meetings and give back what was freely given to me, because I appreciate the life that I live today to the fullest.  Of course with the kids comes school, extra-curricular activities for them from sports to Girl Scouts, thankfully I just have one left in school with all of that stuff; but of course now we have the grandchildren to step-up with their activities and grandma cheering on the sidelines. Why not just toss some Autism in there with the youngest daughter Irene, who is now 16 and all the gifts that has to offer too.

With all that I still had time for coffee. What does that mean? Well if you read the preface you know I met a man, his name is Michael. Now I don’t know the actual day he sent me a “friend request” on Facebook, but I do remember it well.  I may have actually tried to play it cool and not accept it instantly? May have? We had several interactions with comments and by April 15, 2016 a few things happened, he sent me the first of many instant messages and I texted my two best friends who are here in Redding with me now that I had met the man of my dreams who I will be spending the rest of my life with. Of course I followed that up with the fact that I hadn’t actually “met” him yet, but that we had interacted on Facebook and that was enough. You have to really know me to know how funny that is and how much I really meant it. I am a very funny person by the way! Luckily for me I would meet Michael a few days later on April 17, 2016 at a meeting and get my first hug; I know that date because I was busy getting an MRI and was late to my usual spot.

By May 23rd I felt I had enough evidence to formulate a few theories. He was single and I wanted to meet him before someone snatched him up and I sat there wondering what if. What if is huge by the way!  What if I never asked?  If I never asked I would never know and so I summoned up the courage to ask him if he was single. If he was maybe he might be free sometime during the summer and wouldn’t mind having coffee with me. Yes that is how it went.  I asked him and because I am very busy, we are both busy people, summer seemed like it might be tangible. It also seemed far enough out that if it wasn’t viable I actually didn’t have to go. So I sat and watched him through my computer, very patiently I might add because, well it was just coffee. I can’t downplay this, I was jumping out of my skin waiting for summer to come! 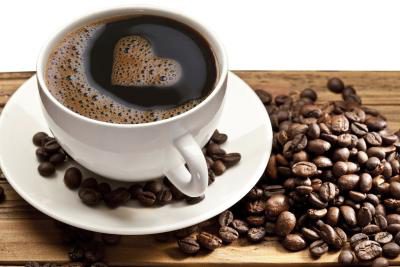 Published by The Chicken Lady

I love my life, it was meant to be mine. View all posts by The Chicken Lady

One thought on “The Very Busy Lady”