Have you ever started writing a book about your life and then life shows up to remind you what your life was really like? Well that is what happened on January 6, 2018. Thankfully I have solutions for those moments, people I can reach out to, places I can go share and I no longer stay captive to those feelings. The feelings that a look can bring. The look from across the table that can take you back to the age of when you were 12. To the memories.  Don’t open your mouth or say a word Christine. I look back now, I look them right in the eye. I didn’t say anything by the way, my children were at the table and I am older and a bit wiser. I choose to protect them- I try my very best to protect them; today.

My truth is I looked them right in the eye when I was 12- that might have been one of the problems. The problem for them, not for me. The them was my Mother and the visit that caused the derailment was with her sister, my Aunt Lupe who is only 2 years older than me.  The simple question asked by my son at the family gathering was when was the last time you saw each-other. The last time, as we all sat and pondered from either ends of a very long table, was when I was 12. Good-times the age of 12 was for me. I was already using on a regular basis. I had a voice. A voice that I would use to never have me taken back to Yuma, Arizona again. A place I had never seen until just a few summers earlier.  A place with people I never knew existed – family.

Family is a funny thing, or at least my family is. I choose to look at it that way now- funny. In actuality it is probably sad to some, disturbed to others and still others probably sick and twisted. Still to some who viewed it from the outside it was perfect and everything was in order for a single mother raising two children. It is what it is to me! It is what shaped so many areas of who I am and how I responded to life’s situations when I was younger.  I respond differently now, I have grown. In spite of what happened or the choices I made I have an amazing life.

As I started to write this book I wondered to myself when I would get into the nitty-gritty.  Would I write about my here and now or would I just jump in. Well that visit was enough to remind me why I am writing. This is a healing process- something no one may ever read but myself. As I type I read and re-read again and again. Is that what I want to say? Is that what I want to write? What if they read it? Who cares- it’s my story! The life that I have is a beautiful one and as I type out these words my grandson Vincent is playing on his Nintendo Switch- he just woke up and we have already decide what game I will buy him today. I am one French Press in of my favorite coffee and can see the chicken’s scratching up the leaves looking for worms.

Well it is evening now and I have had a very long day of basketball games and shopping with the grandson and daughter- now I have three grandsons here and the oldest on the way. A total of four grandsons I have so far- names oldest to youngest – Angel, Vincent, Anthony and Roman. Amazing! These boys know who I am. I am here with them, I am their Grandmother. I may not have been the best of mother’s but I am a perfect grandmother.

Now back to 12 or at least to the events leading up to 12.  Imagine if you will going a long trip in a little car, mostly in the middle of the night. I was about 9 maybe? This is my recollection by the way and if you ask my mother or even my brother I am sure it sounds way better. A long ride straight through with a few bathroom breaks ending in a place I had never been before with people I didn’t know. My grandmother Virginia, her husband Toribio and my aunt as I mentioned Lupe were at the end of that road trip. We would spend a few weeks there. I remember feeling not right at a young age in this place.  Could it be the way my mom was acting? Probably- Mama this and mama that. I had never seen this from my mother.

My mom don’t get me wrong is an amazing woman who did the best she could do. She came from a time though when, in my opinion, the boys were served first if that makes sense. She was raised on a farm, a hop farm in Weatland, California and was the oldest of six. I am sure that meant a lot of cooking and cleaning not just for them but the farm hands, which back in the day was the children too. Back in a day when you did what you were told and probably kept your mouth shut. Please don’t talk to me about the respect your elders time. My elders were fucked up!

On to Yuma, Arizona as a child and coffee with Michael in the summer. We were imagining remember- go back there and close your eyes. What was it like to visit at age 9 for a few weeks and then to drive back at the age of 10 on that same trip only to be left in the middle of the night with those strangers that were your family for the whole summer.  You woke up to find your mother had left you. With people you didn’t know or like! With a girl, your aunt, who was 12 who certainly didn’t like you. She had her friends and things to do- summer sports and outings and you were a bother.  I busied myself with swimming and TV and one day mom drove back up to get me. Let me set the scene. I can’t even almost, the tears are welling up as I type.  She drove up and for the week, she sewed my aunt a new wardrobe, I got her hand-me-downs, what she couldn’t make her she bought her, I got her- hand-me-downs, then we drove home. I was happy to be home.

Age 11 you take that same drive again during the summer. Oh by the way during those summers my brother was at the most amazing summer camps I heard back at home- he didn’t have to stay because he was older I guess and could watch himself.  Back in Yuma (we are still imagining but this was my reality) you wake up to the fact she left you again in the middle of the night! You cry a lot and treated not so nice because of it. You are a bother once again to a girl who was now 13 and a family who you know a bit more but didn’t care for more either. So you sit  alone in one end of the house watching something called MTV.  This was new to you and saved your life because you didn’t have that in Sacramento, California yet. You are now writing letters home to your best friend Jessica who lives across the street. She tells you of the foreign exchange students living at your house, in your room- more exciting times and fun for my brother.

Age 12- FUCK YOU! Let me share with you a secret- I had many. I started using at the age of 9, a young girl whose grandfather started giving her drinks sitting in parked cars; not all the time but on a regular basis. Who by the age of just 11 he tried to pull her close in that parked car to kiss her. I was old enough by 11 to know he was my grandfather, I also had enough sass in me because he was giving me more on a much more regular basis by then so I had a mouth. When he made his move and I pushed him away I had lost the trust of that man who was pretty much my father figure and something turned in me. Instead of telling my mom, who I didn’t trust because she had left me, who worked out-of-town and was never there anyway- I told that man I wanted more. More alcohol and by this time more marijuana which he was giving me too.  I was all that and a bag of chips in my neighborhood!  Fun times.

I would not sleep that night in Yuma. You would not leave me again! Mom taught me to drive that trip on our way, just me and her in her little Plymouth Champ 5 speed- we drove stick then people. So I now knew where I was, I knew the freeway, the streets from the freeway to grandma’s. You know you have that feeling when things happen.  I saw my mom gathering things on the sly. I saw a suitcase packed, but not my things- I would not sleep. I remember sitting on the couch late into the night.  I remember them sitting at the table talking in Spanish- she stopped me at a young age speaking Spanish so we didn’t have an accent and they could talk about things in front of us we wouldn’t understand. I remember the sounds of the car starting and pulling out of the driveway. I woke up. I remember running out of the house screaming down the street not to leave me, to come back for me. It was 4am and I was told to get in the house. I remember not lasting long in Yuma, Arizona again- I knew where I was. At the age of 12 I was hitch-hiking back to Sacramento, California. Needless to say they got me not far away, sent me home and I never had to return there again. It would be the last time I saw my aunt Lupe, I was 12. Until, that is, at my grandson Vinnie’s birthday on January 6, 2018 when my son Niko asked when was the last time you saw each-other. 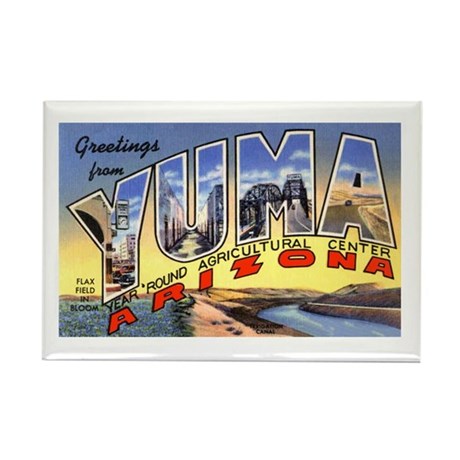 Published by The Chicken Lady

I love my life, it was meant to be mine. View all posts by The Chicken Lady

One thought on “The Derailment”