I come from a place of darkness, trapped in my insanity for so long. I smiled at you with a look of death hidden beneath my eyes; a death that was felt deep into my soul. The fire was gone. Had it ever been lit? Those choices that I made at a very young age would lead me down a road I never knew existed- it was called my life; the life that I chose. Gratefully I came to the end of the road one day and someone showed me a new way to live.

It has been seven days and a wake up since I got the call. It was my late night to work, I run a youth group and it was barely 6:00 pm on a Thursday, I still had an hour to go until I could leave. An hour to smile, to keep the youth I work with engaged, on task creating yearly action plans and mapping out goals; I even intrigued them enough to take on writing a small grant themselves with my tutelage. All the while knowing there was a dead body in a room that had been sitting most of the day.

I have witnessed more than my fair share of death. Some would even say I may have been the cause or catalyst to a few, but I know that was addiction and their choices. Sure I gave them the first one, maybe even at times the last one- at least one that I know of. I didn’t know then what I know now. I played a part in so many lives that I ran through for so many years and yes, I still play a part. The reasons why we continue to do the work, so we can continue to identify the issues. I always say, as long as I am not doing an issue I will always be OK. That part is true; but sometimes I still do not want to feel. So much lately I have not wanted to feel- yet I am so happy I get to.

As soon as the last parent drove away with their child that Thursday night I was in my car. I knew the paramedics had come and gone, there was still emergency services there- the Firemen. Everyone was standing in the drive as I flew in and parked the car at the neighbors, there were so many cars everywhere. I knew the neighborhood would be glued to the windows watching in the darkness curious. My friend, my best friend; it was her house. She had called me. We had just spent the most beautiful weekend away at the ocean and had only been home a few days and this. Reality was back of what life is like. 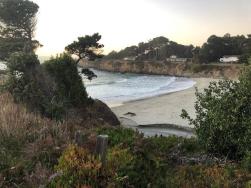 Julie was walking around arranging things, I joked on how clean the house was. I knew this mattered at this moment. The moment so many people were walking in and out, looking through the house, asking so many questions. I am sure all the questions had been asked a million times by the time I arrived. It was almost time for a million more. The coroner had not even arrived yet. The call had been made by 3:00 pm, it was now at least 8:00 pm and the coroner had not even arrived yet. He had probably been dead since at least 10:00 am. The facts are not out yet, the autopsy results are not in, and the time of death had not been called. I knew the how he died. So did Julie, she was just not willing to say and it was not my place to assist at that moment.

My assistance was just to be there. To hold the woman who at one time disliked me. To be there for her, it was her son who was in my friend’s house; he had only been there 10 days. I had only spoke to him a few times, through the walls of the rooms as I made my way through the house. Jacob had cleaned the house so immaculate. Jacob. His name was Jacob. I will not tell his story, although I know it. I will not tell Loretta’s story, although I know it. I will tell mine.

The coroner finally showed, it was our turn. Our house was the third on the list for pick-ups that night and by the time they left there were even more bodies to gather. This was our turn, it was Jacob’s turn. The questions started all over again. Now his family were giving the history, the present was obvious. More time was given with the body, the goodbyes before the morgue. That time seemed to drag on forever. Julie made jokes with me in the living room. I knew this was her way of dealing with the insanity of the moment in her home. All I could do was listen, a few times I said shhhh Julie, not so loud.

Finally the moment came, the moment I had missed with all the death that I left in my wake. The moment they struggled to bring his body out of the room to the stretcher. Jacob was already wrapped in the plastic zip-up bag, it was white. I imagine his toe tag was on under there as well for identification. There were a lot of bodies that night for a Thursday we were informed. He was wrapped in a white sheet around the plastic bag, for the purpose of lifting and grip. That was so apparent- Jacob was 31. Then came the fitted burgundy cloth that covered the body over so the neighbors glued to their windows with the lights off while they watched could not see. The coordinating commands. Turn, lower, on three, lift. One side first to set the wheels and ensure he was steady before she lifted the other side- go. Set the wheels. Roll out, step one, step two, set. I closed the screen door behind them. Loretta asked me to close up the bedroom, she couldn’t go back in- I did. I gathered her things and put them by the door. She was tired. Her tears I had wiped, I had held her, comforted her. What else could I have done?

Today I have to get to school. I teach. I teach a variety of things to help our youth make better choices and I have to get to class so I must go. This week has been rough, these past seven days have been rough. The flood of memories from death have not stopped. I am so grateful I have chosen to live.